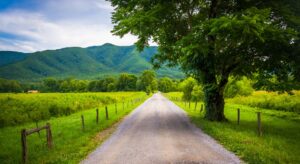 Where Is Mountain City?

The county seat of Johnson County, Mountain City is nestled in the valleys of Tennessee near its eastern border with North Carolina. From Mountain City, it is between 30-45 minutes’ drive to Boone, NC, and to Jefferson, NC. (For reference, it is about a five-hour drive southwest to Nashville.)

The closest major metropolitan area to Mountain City is Charlotte, NC, with about a two-and-a-half-hour drive between the two points.

What Is the Population of Mountain City?

Looking for Mountain City, TN real estate can be a challenge if you don’t know the area—let us do the legwork for you. Pop on over to our contact page to get started looking for your Mountain City home! 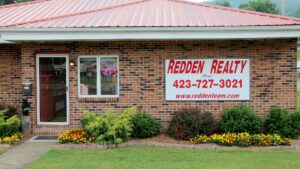 What Is the Altitude of Mountain City, TN?

One of the higher valleys in the area, Mountain City sits at an elevation of 2,418 feet. This makes it the highest incorporated city in Tennessee!

What Is Mountain City, TN Known For?

With long musical ties reaching back into Appalachian history, Mountain City is known for hosting the Mountain City Fiddler’s Convention—an annual event central to preserving Appalachian-style music and culture. This long-held tradition began in 1925 and is credited with contributing influence and inspiration to the wider genre of country music.

At an elevation of nearly 2,500 feet, Mountain City lives up to its name in terms of climate. Summers are temperate and warm, while winters can be very cold and snowy. Each year, temperatures tend to stay between 27°F-80°F, though records do exist of temperatures reaching as low as -32°F and as hot as 95°F.

Don’t let these extremes fool you, however. During the summer months, Mountain City is cited at 8.8/10 possible comfortability points, weather-wise.

Does Mountain City Get Snow?

Mountain City, TN averages 14.9 inches of snow per year; the annual average for the United States is 27.8 inches.

Most visitors enjoy stopping by in the warmer summer months for this reason. Do you think you might have what it takes to live in Mountain City throughout all four seasons? Browse our available listings now! 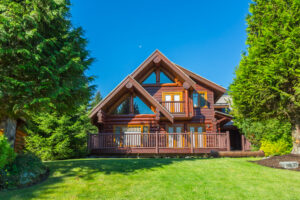 Is Mountain City a Good Place to Live?

Of course, we happen to think it’s pretty special—but we’re not the only ones who feel that way! With better than average public schools and a relatively low crime rate per capita, most people consider Mountain City a safe place to raise a family or to retire.

Fun Fact: The vast majority of those who attend high school in Johnson County graduate, at a success rate of 94.4%–this is one of the highest graduation rates in Tennessee!

What Is the Main Industry in Mountain City, TN?

Notably, Mountain City hosts the RedTail Mountain Resort and country club, which is known as one of the premier golfing destinations in the area. However, the nearby correctional facility also provides many local jobs.

Mountain City is also home to Parkdale Mills, a globally-competitive producer of textiles that supplies brands like Hanes and Fruit of the Loom. Their location in Mountain City expanded in 2015, opening up 80 new jobs in the area.

Is Mountain City a Dry Town?

After voters took to the local polls to put the matter to rest, Mountain City overwhelmingly voted to prohibit the sale of liquor…that is, until 2018! After years of pushing for a local liquor store, Mountain City came to a compromise with those opposed to liquor sales by supporting a store with limited operating hours. As a result, Mountain Spirits Liquor opened, shortening the distance from Moutain City to the nearest liquor store by about one hour.

Mountain Spirits Liquor honors shorter operating hours on Sundays and will be closed in observance of holidays like Easter, Thanksgiving, and Christmas.

In perusing this page, we hope you’ve learned a thing or two about the little town of Mountain City, TN. Located in the high country, it supports mild summers and true mountain winters which can be enjoyed indoors or outdoors year-round.

While it might be small in size and in population, Mountain City supports several types of industries with an availability of local jobs for those looking to get settled. Check out our available listings or touch base with us on our contact page today to start looking for your new Mountain City home!