Laurel Bloomery is the northeasternmost community in the state of Tennessee. In looking at the map of Tennessee, Laurel Bloomery is located right at the very tip top, along the right-hand northern portion. It is filled with secluded valleys, rolling hills and gorgeous mountains. It was settled in the early 19th century and was named for the area’s first bloomery forge mill that operated from 1810 to 1870 on Laurel Fork. A bloomery forge is a type of chimney put made of heat-resistant earth, clay or stone that was created to produce iron. Workers would acquire raw ore from Ackerson Creek, and take it to the bloom to be used to make iron tools and other iron needs. Eventually the ore was exhausted and that is when the forge was closed. Portions of the original bloom from the 19th century can still be found today in the community.

Each year on the Saturday before Labor Day, the community hosts the Old Time Fiddler’s Convention at the Old Mill Music Park in Laurel Bloomery. The area has played a significant role in folk and bluegrass music, providing both genres with several fiddling greats, including a pioneer in fiddling, G.B. Grayson. Grayson mentions Laurel Bloomery in his 1928 recording of the song, Train 45.

What is in Laurel Bloomery, TN?

Here’s a brief list of the things you can find in Laurel Bloomery, Tennessee:

Redden Realty has a proven record of assisting clients with Laurel Bloomery, TN, real estate needs, whether they are buying or selling.

We have lived in the area since 2007 and are ready to make your dreams a reality. Contact us to discuss your ideal home or tract of land and let us go to work for you. There is no other place like Johnson County, Tennessee. We represent clients buying and selling in our region. 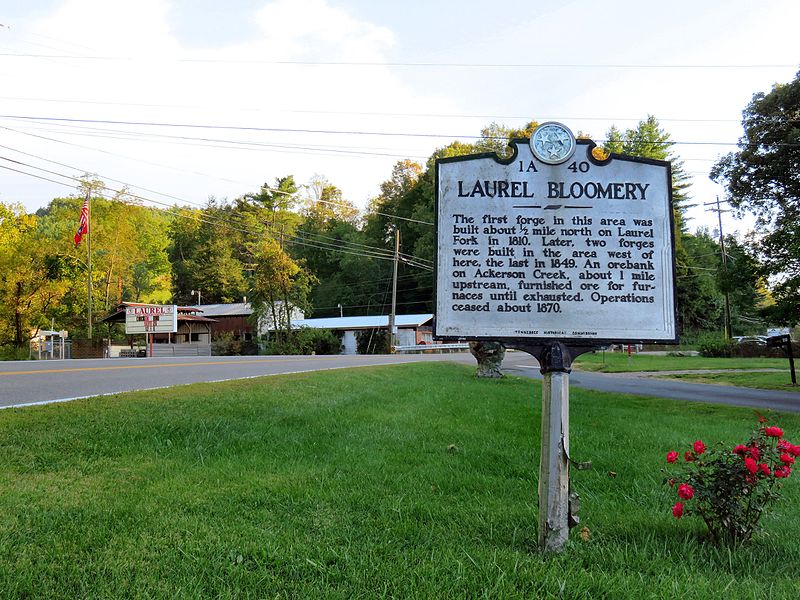 Find Listings in the Area